Welcome to Highball’s Shaker, Maker and Seat Taker, a quick, little Q&A where we delve into the likes, faves and go-to’s of Wellington bartenders, Kiwi spirit makers and local barflies.

Tucked away down Forrester’s Lane, behind an ambiguously dive-y door - which looks like it could possibly be the entrance to a derelict utility closet - you’ll find a narrow staircase leading up to a buzzy, neon-accented 80s-themed dive bar, specialising in cult classic cocktails (though Beka says you can ask for whatever you're feeling, and they’ll hook you up).

Beka grew up far away from the glare of a cocktail shaker, originally hailing from the far north in sunny Whangarei, where she was surrounded by beaches, farmland and a generally idyllic outdoor lifestyle.

After moving around and finding her feet in towns and cities between the north and the south, she ended up in Mt. Maunganui, where she started familiarising herself with the world of bartending.

“I was working at a restaurant, and we were short staffed in the bar, so I put my hand up, and said, ‘I’ll do it!’ Loved it, and picked it up really quickly,” she says.

“At my next job, I was the maitre’d at a fine dining restaurant, but always had my eye on the bar. We had an incredible bartender there from Czechoslovakia, who was an actual mixologist, so it was amazing to learn off him. He ended up leaving, and I took over the bar position there!

“I’ve always had a passion for cooking, and that’s translated into cocktail making. It’s all about flavours and fun science, I suppose!”

It was a boy that brought her down to Wellington almost two years ago to the day. He’s no longer in the picture, but the first job Beka walked into at The Library has gone the distance. If you’re a regular there, you will have already tried many of Beka’s liquid inventions and cocktail lists. (She recently created a whole cocktail line-up especially for Homegrown weekend, based on classic Kiwi BBQ flavours - serendipitous, as Homegrown was one of the original reasons why she visited Wellington.)

As a rising star of Wellington’s bartending scene, Beka’s now at the helm of The Library’s sister bar, Lovebite, which opened recently after the venue’s spate of earthquake strengthening.

(Wellingtonians may be more familiar with its famous predecessor, Motel.)

“It’s rolling! We are doing really well, and I think that has something to do with our point of difference and the personalities we have here as well. The drinks are great - we have a strong focus on delivering the classics - it’s a bit wacky, a bit weird and there’s weird chat behind the bar.

“It’s an 80s era themed bar, but we also wanted to create a space that was kind of like going back to your bach after 10-15 years, and all your toys and games are still there from when you were a kid, and your duvet cover is still, like, Elmo - or whatever they were into in the 80s!” she says, laughing.

“But it was definitely built around the concept of coming here and being nostalgic.”

Which is something we’re all kind of hankering for after the last year: a drink, garnished with a twist of nostalgia.

Frozen Coke or Lift (the fizzy, not that energy drink jazz).

I am loyal to FERNET and only FERNET.

This is a hard one as I love so many! But I have found myself hanging at Lulu Bar a bit lately.

Either some kind of a spritz or a champagne cocktail

Keep an eye out for…

LoveBite’s CULT CLASSIC WEDNESDAYS!! These are gonna be hella fun for everyone! Each Wednesday is themed differently from the last. Think, a trip down memory lane, dance moves from your parents and tasty drinks to wet your whistle while you groove!

Music to bartend to

Probably my own playlists, something vibey and with a good rolling beat. I quite like bartending to House music, but it has to be GOOD house music. I’m fussy.

Feijoa Meringue Sour from Night Flower. I still think about it.

Getting thirsty? Get your tickets for Highball and join NZ's only celebreation of Spirits and Cocktails! 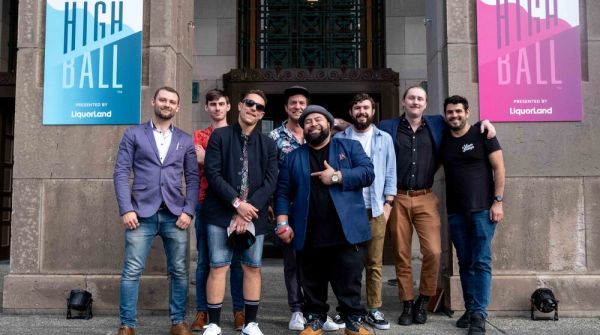 Throwback to last weekend where bartenders from across the country competed to win the title of Bartender of the Year at Highball! 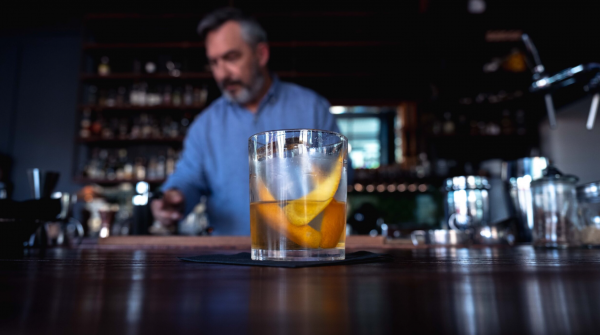 How to Highball presented by Liquorland

Get a taste of what you can experience at Highball 2022 with How to Highball presented by Liquorland NZ.
Go back to blog articles